Hey guys! Pixie here! So, I was looking through Indiedb, and I found some games that look quite interesting. I thought I would share them with you. The first on the list is a Sci-fi game called Starmancer. In this game you have to construct and manage a colony capable of sustaining human life. The reason for this task is because Earth was the victim of a catastrophe that resulted in the human race finding refuge in the stars. In Starmancers you will find consequences, a living sandbox environment, crafting, and managing the lives of colonists. You can also mine on asteroids, trade with other factions, or explore old alien ruins. Their Kickstarter is live, as of February 12. The game is a work in progress. Let's help them out!!

The second game is also of the Sci-fi nature. This game is called Starborne: Sovereign Space. In this strategy MMO, you take the role of a star commander that is competing with thousands of other players. Your mission is to take control of the entire galaxy. To make this possible you have to expand your space station into a galactic empire by forging alliances, building massive fleets, or waging wars. 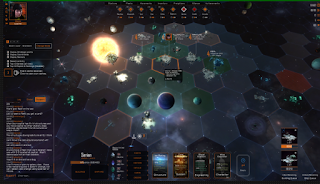 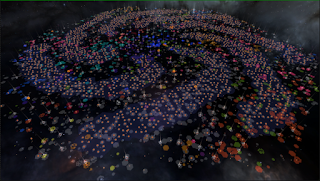 The game takes place on a seamless map that can hold up to 2,492 players. This game is slow paced, it will take you months to become the ruler of the entire galaxy. Starborne has a interesting card based feature that will allow you to enhance your fleets, space stations, and alliances. The upgrades give you a wider range of strategies, and counters for you to specialize your play style.

Starborne is currently under development, but the devs have given you the option to test out the game with their alpha due to come out in April 2018. The game is scheduled to be released sometime in 2018.

Here are some pictures of what you can expect in Starborne. The first picture is of your fleet, the second picture is the map you get to run around in, and the third picture is of the card based feature. Unfortunately, there was no video to show you guys. Deepest apologies. Let me know what you think of the upcoming indie games I found. I hope you found them as interesting as I did.