No One Cares About My Opinion on How Sword Art Online is Supposed to be Enjoyed. 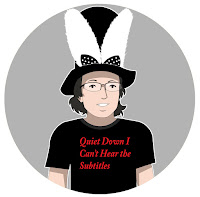 (No One Cares About My Opinion is written by Allen from Allen’s Anime Corner YouTube channel. Here he gives his honest opinion on different topics in the anime and video game world. Today he talks about how "Sword Art Online" is supposed to enjoyed).


I enjoy "Sword Art Online". It’s an amazing series, but it's also one of those series where you either love it or you hate. I believe anyone can love this anime if they watch for the right reasons. And to that end here are the main reasons people love it and hate it.

So based off these reasons, I believe that to enjoy "Sword Art Online" to the fullest, you shouldn’t watch it for the story. The only reason you should be watching Sword Art Online is for the action sequences, and trust me there are plenty of them. For those who haven’t seen SAO, and there are people out there who haven’t, the story likes to break off into weird little side stories that have nothing to do with the overall plot. The best example is in an episode where main characters Asuna and Kirito are enjoying a “honeymoon’, and an entire episode get’s dedicated to fishing. FISHING. In an anime which is about escaping a video game that kills you if your player avatar dies. Some of the later arcs don’t have as much at stake, but they provide some epic blood pumping action, especially during The Phantom Bullet arc in the Second season. So the only reason you should be watching "Sword Art Online" is for the battles, which is sort of the reason you watch Akame ga Kill, another anime where people criticize the plot. Sometimes all you need is some good old fashioned action, instead of a good plot (See Expendables). But that’s just my opinion, not that you care.
Labels: Anime SAO Sword Art Online