With lots of attention on the new Metal Gear Solid V The Phantom Pain. Konami UK community manager Graham Day is claiming a lot of things the most interesting is his response to Konami making more Metal Gear Solid games without Hideo Kojima.

Day goes on to say in a recent interview,

"Yeah, course it can. Metal Gear is about the story, it's about the characters..."

Day went on further telling people "Don't believe everything you read in the press." In regards to Konami leaving the AAA market to slang out some manky pachinko machines. For as far anyone knows Konami might of backtracked when they saw the brain trauma inducing numbers of copies sold.

Day further explains what was "taken out of context"

"Things have been taken out of context but that's never changed. Just because mobile gaming has been embraced, that doesn't mean everything else has to quit. Konami has a history of making the best games around and that is something that will continue. That won't change anything going forward. So people should believe in Konami, and if I was to use a tagline, PES 2016's tagline is 'Love the past, play the future.' And that is there for a reason. The future isn't ending now. The future has a long, long way." 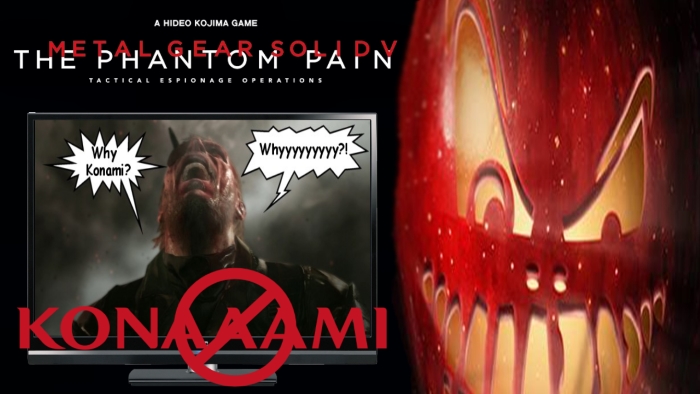