Why is No Man’s Sky so hard to understand?

No Man’s Sky (NMS) was announced by Hello Games in 2013. It has been described as a space exploration and survival game of enormous proportions. In terms of size, a galaxy in the game is similar in size to a real life galaxy; it consists of billions of stars and their corresponding planets in their star systems. 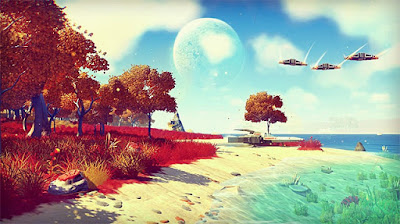 The player starts the game on the rim of a galaxy and the goal is to reach the centre. NMS gives the player complete freedom on how to accomplish this but many commentators have asked what does the player actually do in the game?
center>

Starting with just a basic spaceship the player can travel to planets, explore, fight, gather resources, trade, earn money and purchase a better ship that will enable him/her to make further progress.  By repeating these actions the player will eventually reach the centre of the galaxy and “finish” the game.
Despite this explanation, many people still ask “but what do you do in no Mans Sky”? In a game where you can explore billions and billions of planets, mine resources, discover new life forms, trade, defend yourself from alien races, fight pirates or become a pirate yourself, a more appropriate question should be “what can you not do in No Man’s Sky”?
The reason that so many people have difficulty understanding NMS is due to its original freeform game design. Although the game’s individual gameplay mechanics are used by countless other titles, NMS takes the bold step not to restrict player choice. The player can select to perform or ignore many actions and still succeed. In fact the player can even select the order in which any of the chosen tasks will be performed as well as decide on which planets and star systems that these actions will be undertaken. 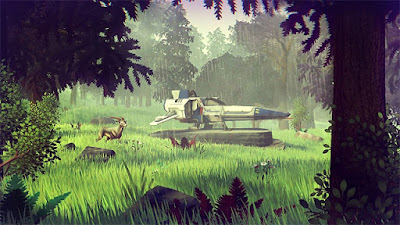 It is really simple

In NMS the player has unprecedented choice and this seems to be causing the confusion. In other games the player is given strict guidelines that effectively limit choice by instructing the player to go from point A to point B to perform action X, before returning to point A again. This is the typical outline of a mission or task. But in NMS the player decides which is point A, point B and action X. This is the core difference between NMS and most other games. The player defines his/her own story by deciding the starting point, end point and task to accomplish at every stage. This is a world of endless possibilities.
This should be straight forward to understand but in most other games, the player expects to be told exactly what to do at every step. This removes choice and ultimately makes games less rewarding for the player. Although it is simple to explain what the player does in NMS, it is hard for some people to comprehend it just because their brains have not been used to think this way. 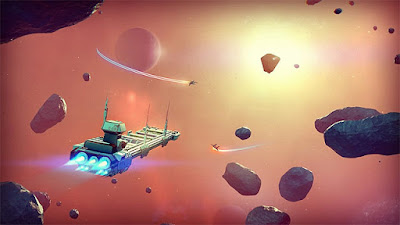 In this respect NMS is rather unconventional and breaks the rules on how a game should be structured. This is the reason that no major publisher would commission a game like NMS. It had to be an independent studio that was willing to take the risk and create a game that ignores “best practices” and delivers true innovation.