Games you may not have known existed.

Jacobi here, a new addition to the Cobra TV writing team, and I wanted to pop in strong--so here are a few games you might not have heard of.

Identity has been mentioned on CobraTV and its 2nd channel in multiple videos, myself and Cobra have discussed the game on the channel before and surely will again, but if you missed it, let me fill you in on Identity.

The game is being produced by Asylum Games, the company behind the Arma 3 mod 'Altis Life', and is to follow suit with a similar, but much more expansive idea behind the game. Identity will be, in a nutshell, a Real Life Simulation MMORPG. But that doesn't even begin to describe the game, the game will feature players being able to take on all the jobs present in the game, usually taken by NPC's. You want to own a shop? You can. You want to design clothes and sell them? You can. You want to make music, and play it infront of possibly 100s of other real world players? You can. You can be a Police officer, an EMT, a farmer, and many more careers possible within the game. You can be a criminal, you can be in a band, and we've barely scratched the surface on what they are up to. There are even different paths within a career you can take, instead of being a cop--you can be a detective, and more like that. The devs have already confirmed over 20 career paths have been completed as of around 2 months ago, and they plan to double it. The game looks like its going to be amazing, it had a successful run on Kickstarter, and they are hard at work to bring this game to us. Definately be on the look-out for this game, go check out the videos they have put up--that Cobra has done, and find out for yourself.

Pokemon has been a popular franchise for the better part of two decades, maybe not as much as it was in the late 90s and early 2000s, but still even today the games have come out strong, with the new 6th gen games and 3rd gen remakes expanding into the world of 3D.

Alright, maybe you don't want to go out and buy a Nintindo 3DS, maybe you're like me and happened to enjoy the games when you was younger. You ever wish Pokemon made an MMO? They never did, but lucky for us, some fans have put together PokeMMO, which is just as it sounds, a Pokemon game with tons of other players online. The game is based off Fire Red and can be expanded to Emerald as well, you can pick to start in either Kanto and follow the 1st gen story line, or Hoenn and play the 3rd gen campaign--and even if you felt like you made the wrong choice, a Ferry can carry you between both regions once you are about 2 Gyms into the story.So if you're looking for a nostalgia trip, and want to enjoy it with some friends, check out PokeMMO. 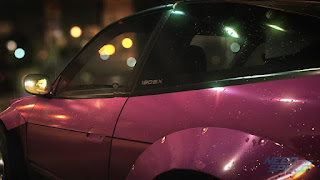 Ok ok, you probably have heard of this one, anyone born in the last 20 years should know the Need for Speed name. But with recent titles being very lackluster, and them disappearing off the map since Rivals came out, did you know they was preparing for a full franchise reboot?

Need For Speed, no additive to the name, no Rivals 2, Underground 3, simply Need For Speed, is striving to go back to what the fans know and love, a nightlife street racer themed Arcade game with deep customization, much like the days of Underground, Carbon, and Most Wanted--the original. With their new partnership with Speed Hunters, it looks like they have taken a step in the right way to reboot the series with something the fans may actually want. For years many have asked for an NFS Underground 3, and while that may not be the title, they seem to be going that way--and I can't wait. Its going to feature an open world, in a city believed to be based off LA from what we've seen in the trailer. It will have deep customization for the cars, as stated by the devs, and with glimspes of Liberty Walk and Rocket Bunny body kits, lowered and stanced rides, it looks like they do plan to back that up. Be looking for more info next week at E3.

There you have it, 3 games you might not have heard of, or knew existed. Maybe you knew the third, but did you know everything about it? This has been Jacobi, if you'd like, please check out my Youtube Channel https://www.youtube.com/user/SparksHardcoreMusic/videos?
I know its not much now, but a lot more content is to come on the channel, including possibly a Lets Play with PokeMMO--but I am still working on whats coming next for the channel. Be sure to stay tuned.