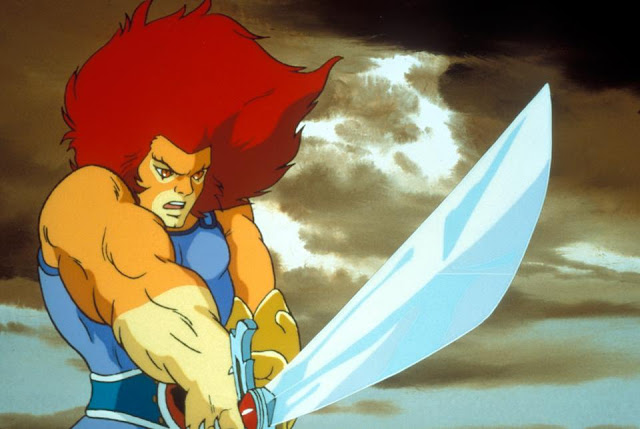 ThunderCats is an American animated series based on a group of cat-like humanoid aliens. The show was created by Tobin "Ted" Wolf and animated by Japanese animation studio, Pacific Animation Corporation. The characters were originally featured in an animated TV series named ThunderCats, running from 1985 to 1989. 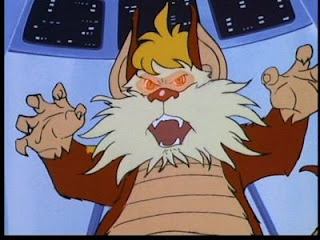 Now that you have been properly introduced to my Fav childhood cartoon EVER, we can move on to some points I would like to make! As we all know the series was rebooted, And the story was drastically changed! So go ahead and throw me into the    "bottomless chasm"near Hook Mountain, But I felt it was a refreshing change of pace. Normally im the type of old 80's cartoon, and comic book fanboy that would scream at the chance to yell "YOU GOT IT ALL WRONG" But as an adult I do want to leave childish things behind, and see things that I Love from my past, But in my new lazier age! Which means if Snarf has to lose the ability to speak then so be it! (And in the reboot, he has lost his speaking skills!)
The new reboot was amazing! It gave us an awesome look into Jaga's  Clerics, which kinda had a Jedi feel to them. The drama between Tygra, and Lion-o, throw in a little bit of love, and betrayal, and BAM!! To many more changes to list but wow to say the least!

So what's in the future for ThunderCats? The awesome Reboot was canceled by someone who will be named in this article as The Idiot!
And a movie that seemed to have been canceled as well by another... lets be nicer here...A Suit Chained to a desk lack luster of actual personal opinions, can make choices on his own, and doesn't have a favs list of anything! But I Digress. It seems nearly everything I have came across while looking into the Thunder Cats movie just upset me more and more. The most illogical opinion  of it, is that, it wouldn't look right being a live action movie, that it would look silly, As sated in this quote here 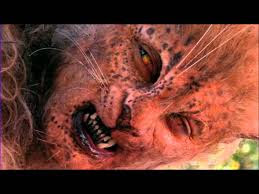 "As with most ’80s properties, there’s equal potential for Thundercats to suck and for it to be awesome. The fact that it was being developed for CGI kind of sets my mind to rest more than if it had been live-action (that would have looked RE-diculous). If the project ever gets made, could we see the stunning technology James Cameron used to bring the blue Na’Vi to life in Avatar employed for Thundercats"
I am however going to leave the website owner and author of that statement private, I'm sure I am the only one in Thundara that would be upset by it, But just in case, I do not want to attract any hate to anyone's work of art.

Excuse me? Have any of these people ever seen the movie The Island of Dr. Moreau (1996 film

They seem to have nailed the whole humanoid cat very well! And lets not forget our beloved planet of the apes! Planet of the Apes look great all 25 years ago let alone with today's movie standards, and yes the author is Right avatar does set a great example for CGI! But this movie, I do believe  would actually do well, very well as a real live action movie!

The inner child in me is screaming for this movie! Of all movies that have been blessed to touch the big screen, The Avengers, Fantastic 4, And so many others that have had reality stretched characters, why isn't there a place for ThunderCats!  This Article was sponsored by EBAY
Where you can find all oldschool toys for amazing prices, including Thunder Cats toys! http://bit.ly/1LYx7KB