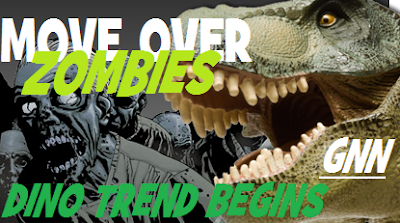 Zombies have been, and currently are a major trend in gaming! But as we head forward into this ever changing world of interactive entertainment we can see a major shift in this trend and I like it....

We have gotten so used to thinking of Zombies as a end all be all to survival horror! Some of our first fleshy tastes were from Resident Evil. Then many years later having the most AWESOME COD zombie mode, which kept us fighting for our lives and at the edges of our gamer worn couches!

Then Zombies limped and crawled into action adventure games, which there are way too many to list!
Then Call Of Duty's rival Battlefield teased us with a possibility of have a dinosaur mode in Battlefield 4! Gamers like me went crazy at the thought of pumping T REX's full of hot metal! But sadly it was a bit too early to pull people away from Zombies! 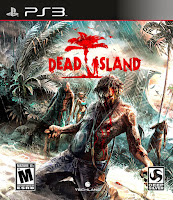 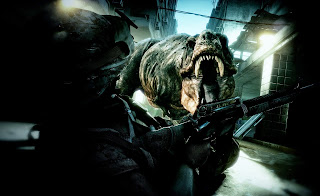 Then in 2015 the dinos started to make a slow climb into the public! With the new Jurassic park movie, and the Primal carnage trying to make a painful comeback, dealing with the over powering survival trend that puts players in a world where perma-death is real, you can starve to death, and die of dehydration! Games like Day Z, and H1Z1 had players building, and gathering together to fend off....yes Zombies. Then out of the blue one night as I was doing research on No Man's Sky, the game Ark for PS4, And PC hit me like a freight train!

Not only does it involve nearly everything that that H1Z1 offers, it replaces the zombie element with FREAKING dinosaurs !!!
Add that with the very awesome fact, that it will be the very first survival game for the PS4, seeing that it very well may beat Dayz, and H1Z1 to the console!
It seems that Games in 2015-2016 have most certainly, transported from my brains wants , and needs. And have become a reality! I cannot wait to wake up in a land of Giant Dinosaurs, Fight them, ride them, and even fly them! While gathering with my friends, building a fortress and dealing with the dinos, and rival noobs! Count me in for this game for sure! Ark Early access on PC happens this year, And the PS4 release early 2016! 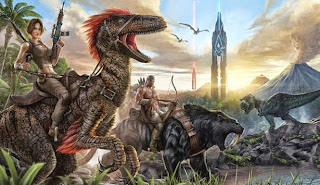 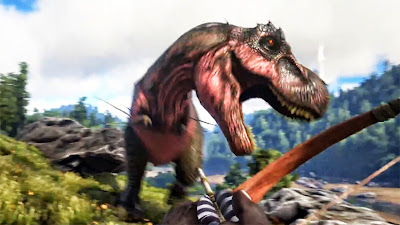 This was brought to you by CobraTV GNN
Author
Cobra!
Check out the amazing No Man's Sky Explorers Website- Click Here
You can also follow me on these two YouTube Channels- CobraTV
And CobraTV.GNN
Labels: Games