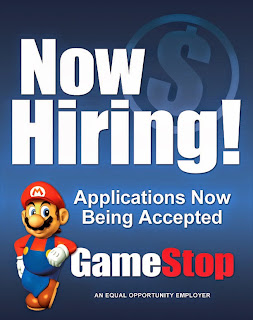 I just got back from Gamestop! and I started to ask them a few questions about no mans sky....Do you know they had the gull to look at me like I was stupid and asked...
GameStop Employee- "Are you sure you are saying it correctly?" and "I haven't even heard of it til you said something, so I don't think its as big as you say" and Its ONLY an indie title, so that's why they never heard of it... oh and I said
Cobra- "they won best of E3"......
Their response " Indie devs don't get that much attention, and that I have gotten it all mixed up and confused! Then I mentioned Joe Danger, and one of them said, "Oooooh yeah, I have heard of that dev team! They are super small, and only made one game, and that I must be confused with something else. LMAO! These were employees. FFS! Knowledgeable staff my Ass! I gotta tell ya! I thought for a min they knew who I was by my voice and was messing with me, but nope! So, this has prompted me to maybe start a new series up, where I call around and ask people who should know about No Man's Sky and see what they say!
Hey guys, we are doing a new show called THE GNN! Which will be a mix of TMZ, The Opie and Anthony show, and a gaming PodCast! They will all start off normal, as a bunch of friends talk about gaming, then get twistedly turned into insanity! Not knowing what will be said next! Please check it out. Its also a show that im going to have heavily relied on viewer feedback and direction!

Here is a preview! https://www.youtube.com/watch?v=XoCVkD2n94s