Are you going to be playing Morphite? 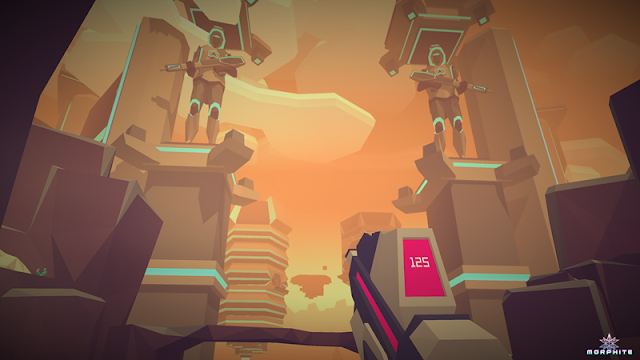 We are super excited for this game. There is something about low poly games that gets me every time. The game is set to come out on PS4 on Sept. 7th and will be released on Steam too.
The game will be coming out on Switch as well. Below are details about the game that can be found on the Steam page for Morphite!
Play testers can be found in various forums and in the comment section of the videos claiming that they have play tested the game, and love it!
Let us know in the comment section below if you are excited about this title!
Set in a distant future where humanity has colonized the far reaches of space, Morphite follows the story of Myrah Kale, a young woman whose life takes a sudden turn when a simple mission develops into an epic interstellar journey revealing her mysterious past and relation to a coveted substance called Morphite.

Myrah will voyage to the furthest corners of space and explore uncharted procedurally-generated planets, each with diverse landscapes and teeming with exotic flora and fauna. With the help of a scanner, Myrah will sell biological information for ship, suit and weapon upgrades.

Inside Myrah’s vessel, players will engage in random encounters with real-time space combat, trade with other travelers across the galaxy and navigate outer space with Morphite’s easy-to-use Starmap system.