It a strange fact of life that some of the most interesting and often groundbreaking things also happen to be the least well-known. In the world of gaming, the games that tend to get talked about are the ones with big marketing budgets, not the ones that are necessarily trying to do something revolutionary. The games that actually shoot for the stars ironically end up flying under the radar.
Worlds Adrift is one such game

It’s a physics-based sandbox MMO: a seamless, massively multiplayer online experience set on thousands of procedurally generated steampunk-esque flying islands. It has no quests, nor does it have any level systems or classes. It’s not the kind of MMO where you’ll be gathering Xp. No, Worlds Adrift is something entirely different, something that’s never really been done, in fact. Something you might even classify as “next-gen” (and not just from a mere gameplay perspective). 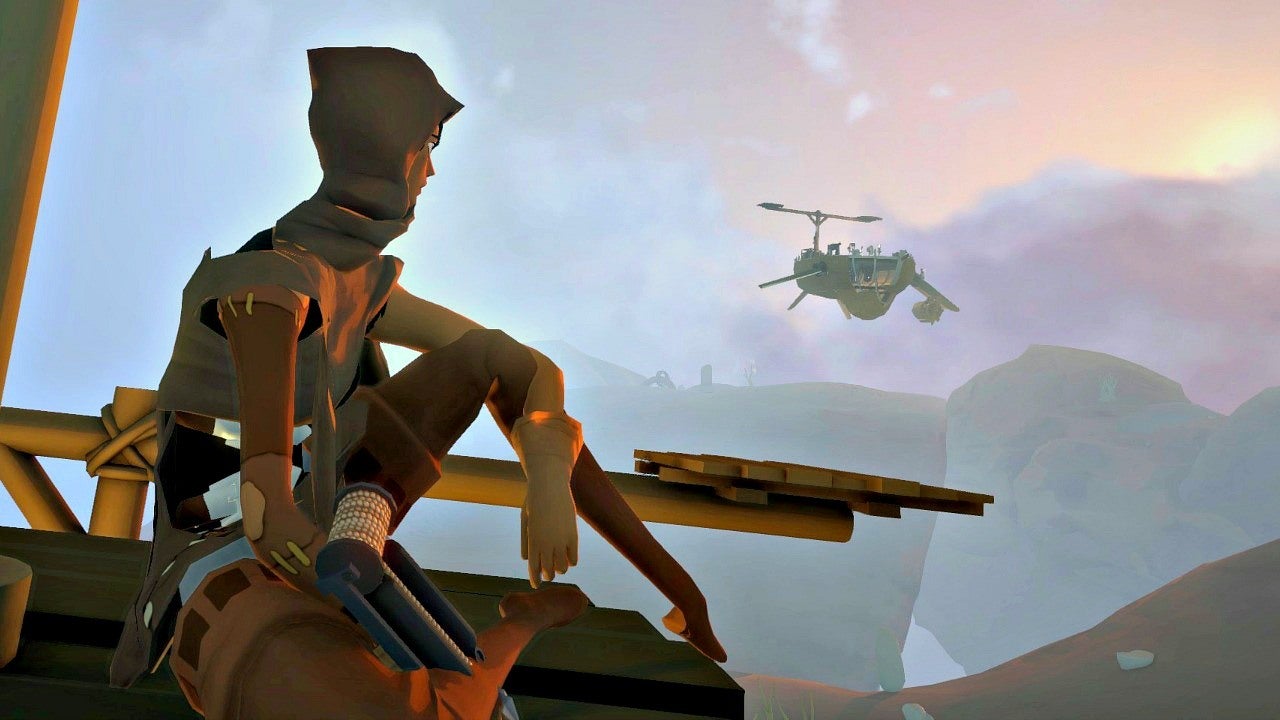 To put it simply, Worlds Adrift is a survival-sandbox game, similar to something like Minecraft or ARK. With, of course, the added twist of being set in a single, persistent, massively multiplayer universe (we’ll get into that more in a minute). However, in the same way it’s not an ordinary MMO, it isn’t exactly your run-of-the-mill survival game, either—you won’t have to worry about starving to death, for example. You won’t have to go through that forgettable but heretofore unavoidable grind that most survival games behind with of roasting bacon and hiding in dugouts. In Worlds Adrift, you are not tied down by levels or quests or hunger bars. You’re not even tied down to the land itself. Though you will build a base like in pretty much any other survival game, your base will not be a static fortification. No, my friends, in Worlds Adrift your base will be an airship. An airship that you design and build yourself. 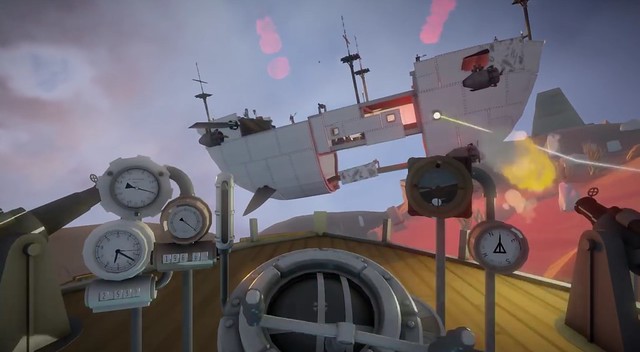 You will never be stuck in one part of the game-world. You will never look longingly into the horizon and then be forced to deny yourself the joy of exploration when you remember that you can’t leave behind your base that you’ve worked so hard to build. On the contrary, your base can fly, and it’s what’s going to enable you to go out and discover other islands and players and adventures. And because the universe of Worlds Adrift is procedurally generated, you won’t have to worry about running out of new places to explore.

But it’s not just the procedural nature of its universe that makes Worlds Adrift so exciting. While its procedural generation is somewhat impressive (some of the components you use to build your airship will actually be sort of procedurally generated depending on what resources you use to craft them), it doesn’t appear to be on the same scale, of, say, No Man’s Sky. No, another huge factor of the significance of this game is that it’s an MMO.

You will be able to have your friends spawn onto your airship and join you on your adventures. And, as you fly through the skies, you will encounter other players and their airships, and there will be nothing stopping you from befriending them or blasting them out of the sky if you so choose (though that would put your airship and all your resources at a great deal of risk, so letting your inner pirate go too gung-ho may be rather unwise). Players will be able to form Alliances, waging large-scale wars, trading precious resources, or even working together to photograph and document the things they discover. The universe of Worlds Adrift will be one that is inhabited, one that is  shaped and changed by the players. And, most of all, those changes will be persistent. Utterly persistent forever. With no additional latency.
Worlds Adrift is making use of a brand new, almost unbelievable server technology developed by a British company called Improbable. This technology, known as SpatialOS, will allow for the persistency of a seemingly endless amount of physics objects throughout Worlds Adrift’s universe, as well as for thousands of players to play simultaneously in one, single, seamless game world. Every tree you cut down, every panel that gets blown off the side of your airship—that will remain where it lands forever (unless someone moves it, of course, as all in-game objects are movable and physics-based). It will never disappear—it will never “de-spawn”—no matter how far you fly away. Everything you do, every tiny little change you make, will effect the universe of Worlds Adrift permanently.

How is this possible? To put it shortly, it’s complicated. SpatialOS makes use of the same technology that international banks, cell phone towers, and even Google’s video chatting services use to keep huge amounts of information constantly in sync between tons of different clients at the same time over vast distances. It sounds crazy, but it works, and in fact Improbable already has a version of the software working as I write this. They even recently simulated the entire internet with it.
Naturally, if Worlds Adrift actually delivers on this unprecedented persistency, it could signify an entirely new age for gaming. The technology its putting to use could allow for previously unthinkable games. You could make a multiplayer war game where thousands of player battle at once and where, when each soldier dies, he leaves a body behind that will never disappear. The universes of MMOs could actually be shaped by players in every sense of the word, not just merely in the ways developers plan. Memorable moments in games could leave real traces behind, like events in the real world. Games could actually have observable history and real archaeology left by players. It’s sounds like science fiction, but it’s real, and it’s happening right now.