This is one of those few, unique games that are hard to exactly pin down in one sentence. One of those glorious oddities that come once, maybe twice within a year. It’s intrigued me very much, more than any game has since Planet Nomads and No Man’s Sky. At any rate, it’s on Kickstarter, and it has a long way to go before it gets the funds it needs and very little time left to get them, so it could use some press.
Friends, let me introduce you to TRANSMISSION: 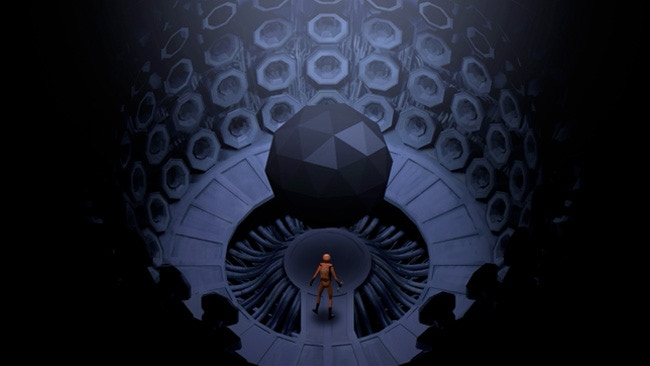 TRANSMISSION is an open-world, exploration-based, story-driven, science-fiction game.  Or something along those lines—it’s a little difficult to put into words. In it, you play as a character who has crash landed on a mysterious planet and must try to find a way home. Along the way, you “discover the planet’s secret past, and, ultimately, your own”, to paraphrase the developers’ description. It looks like it’s going to be an intriguing, emotive experience, and its visuals really emphasize this. 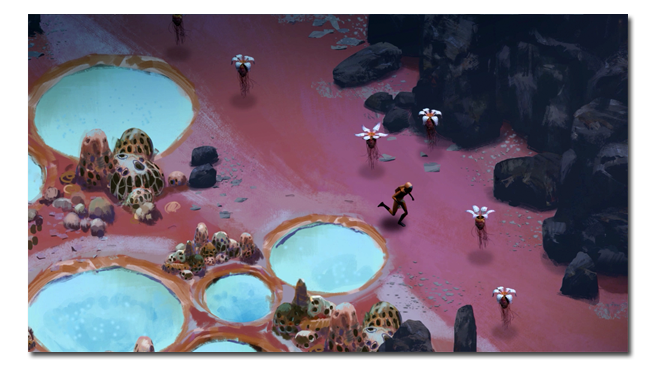 I’ve never seen something quite like TRANSMISSION’s visuals. The game is played from a sort of top-down perspective, almost like a 2D RPG but with a more 3D twist. It looks almost cell-shaded, which is pretty unusual for game with this type of camera angle. It really does give the impression of a painting in motion. And as if its usual visuals weren’t enough, it also features breathtaking hand-painted cutscenes that help tell its story, like the one shown below. 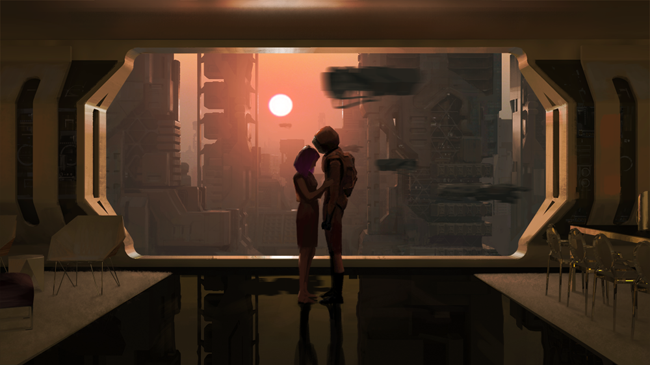 The gameplay of TRANSMISSION is very exploration-bent and somewhat RPG-ish, with fast-paced, challenging combat (the developers state “simply running into a fight will guarantee you perish swiftly”), crafting, puzzles, and interactive environments. It’s difficult to sum it up briefly without directly quoting what the developers have said, so I’d suggest heading over to its Kickstarter page and just reading that. And, if you have the cash, I’d encourage you to support it. It’s getting a rather underwhelming response from the community in the wake of E3’s press dominance, and it could really use some funds if it’s going to reach it’s goal. 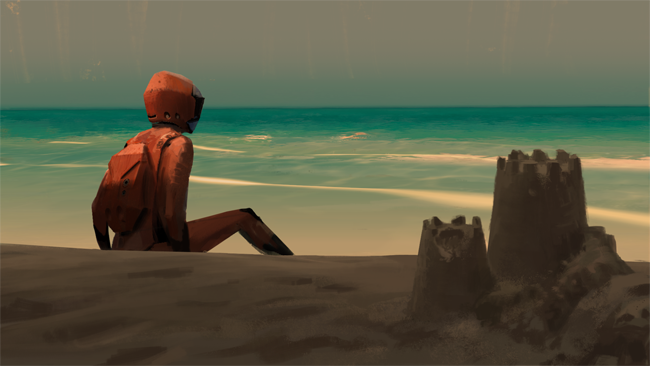