Who is to play young Han Solo?

Who is to play young Han Solo?
As we all know there is going to be new Star Wars  movies being made in the upcoming years. And one of those movies is Star Wars Anthology: Han Solo. There are quite a few young actors that have shown some interest in playing the role of Han Solo. I have found the list of actors, who have auditioned for the role.
• Dave Franco (21 Jump Street)
• Aaron Taylor- Johson (Kick-Ass, Godzilla) 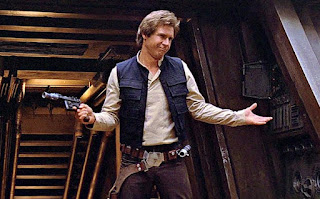 I'll admit that I don't know all of these actors. I don't watch too much T.V, but the ones I do know I can't actually see playing the role of Han Solo. There is one person that I believe would be a perfect young Han Solo. It's a Youtuber named James Costa. He has impersonations of Han Solo on his channel. I think he would be the best pick.

Is there anyone on the list that you think would be a good Han Solo? Let me know.
Labels: Movies