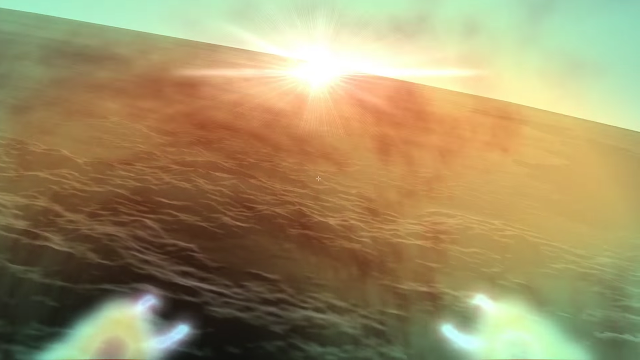 Megaton RainFall is a first person superhero game, where you are trying to defend the planet from an invasion of aliens set out to DESTROY Earth! This game is completely after a childhood fantasy of mine, that even as an adult I still carry around with me! I cannot wait to play this game, and it was so exciting to be able to chat with Alfonso the developer, and creator of this amazing game!
Cobra TV asked the community to provide questions about MR that they wanted to know! And some of these answers just blew me away!

CobraTV: Hello Alfonso thank you so much for taking the time and answering a few questions...
What have you worked on in the past?

Alfonso: I've worked for 10 years in a Spanish games company mostly dedicated to publishing games in Spain. It had a small development section, and I worked
there, programming not-so-known games like FX Football, and Navy Moves. The last years I started to grow demotivated, the games were not very
successful, and our department apparently only existed to earn subventions from the Spanish government. So, in January 2012, I started to create this
pet-game in my free time that eventually turned into Megaton Rainfall. In December 2013, the building-collapsing technology looked so promising to
me that I decided to go Indie, and finish the game.

CobraTV: What are your plans after Megaton Rainfall?

It depends on the success of Megaton Rainfall. If it reaches my sales target, I'll make more games, probably with nothing to do with Megaton. If
not... well, I'll look for another job.

CobraTV: What inspired you to make this game?

Alfonso: I'm inspired mostly by movies about superheroes! When I was a child I loved the Superman movies (with Christopher Reeve). I've always been waiting
for a game that replicates the absolute freedom of movement that Superman had in those movies. He could fly from New York/Metropolis to Paris, or
even to the Moon, and you could see the landscape accelerated at supersonic speeds. Both things (the real scale of the Earth and the supersonic
speed) have never been done in a First Person game, although we have more than enough technology to achieve it (but it's an engineering nightmare).

Also, the destruction effects you see in blockbuster movies like Godzilla, Independence Day, 2012... I am a programmer mostly interested in
rendering techniques, and visual effects. And, when I see those movies, a part of my brain is thinking how could those effects (collapsing of
buildings, giant clouds of debris and smoke, etc.) be implemented in real time, in a non-scripted GPU-friendly way? So, I think I'm trying to make
the game of my dreams, with all the features that I've always been waiting for.

CobraTV: Are the alien ships inspired by the tripods from War of the Worlds? 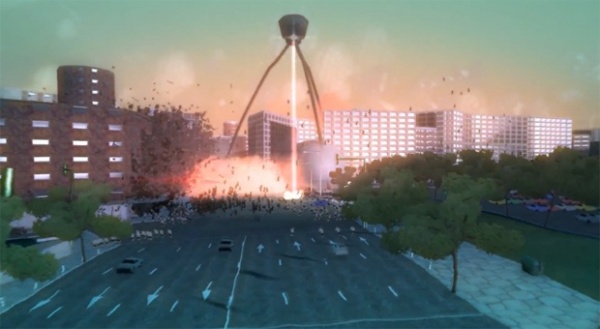 Alfonso: Yes, there is inspiration from several movies, including War of the Worlds, Mars Attacks, Independence Day... Later in the game you will probably
see more references, but it would be a spoiler if I tell you now. In the final mission you will see the aliens doing things to the city that you're
not going to believe, and that have never been implemented in real time.

CobraTV: How long has it been in development?

CobraTV: How far has the game come since you started developing it, and how much more development does it need to be a complete game?

Alfonso: The current build is playable from start to finish, and runs on PC, PS4 and PSVR. I'd like to spend at least 6 more months polishing everything,
fine-tuning the gameplay, and improving the visuals.

CobraTV: Why did you decide to make/use a custom engine instead of one of the more common ones?

Alfonso: Unreal Engine, at the time I started the development (January 2012), was not cheap for Indies.  And Unity, I think I have an unreasonable dislike
for it, because I played several games made with Unity with very poor performance in my laptop for some reason. Anyway, the game features a lot of
visual effects that are not standard. Terrain rendering, for example. The common engines start asking the size for the terrain: 512x512? 1024x1024?
But I want to make the terrain of the entire Earth, that is a sphere of radius 6370 kilometers! Where is the check box to do that? The same happens
with everything: the size of the cities (the game features cities as big as the real Los Angeles), the destructibility of every building... A lot of
the visual effects that you'll see in Megaton Rainfall are very GPU-intensive, and I need access to every layer of the engine to optimize them to
make it possible. And, I always have been the engine guy in my former company, and I love the technological side of things.

Alfonso: It's not your typical story about superheroes. The hero doesn't have apparent human emotions, a human girlfriend etc. The story tries to make you
see the human beings from afar, to realize our smallness and insignificance inside the Universe. The gameplay also tries the same thing.

CobraTV: How will the story be told to us?

Alfonso: The game has no cut-scenes. When the game starts, you don't know what you are, why you are so powerful, and even what is your relation to the Earth
and why you should save mankind. There is a character that guides you through the first missions, and little by little, he is giving clues about who
you are and what's really going on.

CobraTV: In one of your gameplay trailers, you are seen flying off the planet into
outer space, and you even leave the galaxy.  Can we go to other planets,
maybe to even attack the aliens on their home planet? Can you also explore
space? And if so what would be the objective, if you could? Alfonso: Yes, at some point in the game, one of your superpowers allows you to leave the Earth and go to outer space. In fact, the game features
procedurally-generated solar systems and galaxies. It's the natural development of the "absolute freedom of movement" idea, and it's a way
of making profit of the planet rendering technology developed for the Earth. But, it's not No Man's Sky. Although, I've not played that game, I think
Megaton will feature a more realistic, dark, lifeless, cold Universe. There will be secondary objectives out there, but I won't elaborate at this
point.

CobraTV: Is there a player progression?
(Will we be able to upgrade our character and his abilities?)

Alfonso: Yes, you'll be earning several superpowers through the game. The powers open new ways to destroy the aliens, but also to make more unintentional
damage to humans. You'll have to master every superpower to finish the game, so it's not a skill tree with dozens of barely noticeable upgrades.
Another difference with other games is the sensation of power right from the start of the game: you will fly at Mach 8, and your basic shoot can
make a skyscraper collapse.

CobraTV: Are you able to go down at street level and free roam?
If not, are there plans in the future?

Alfonso: Yes, you can go down at street level of every city. You'll see pedestrians, vehicles, etc., and they will react to the action and the explosions
(with panic basically).

CobraTV: Will there be a mode where you can just free roam, and not worry about the planet's health?

Alfonso: A lot of people have asked for a free destruction mode. I don't think I have time to make it properly, but it's possible. Anyway, believe me, the
game is evilly designed, so that you make a LOT of collateral damage. And, it's very fun when I see the testers unintentionally destroy buildings and
streets. They always say "Oops! Sorry down there!" and it's very fun. Also, some testers do far more damage than the aliens.

CobraTV: What other things can you add about gameplay?

Alfonso: Another difference with other action games is that you are completely indestructible. You have no health bar, but the cities do have one, and if you
let the aliens do their job, or you unintentionally destroy too many buildings, it will be game over. Some people need several minutes to realize
that this is not Call of Duty, and that you need to think first shoot later. You have to learn the patterns of movements of the alien ships to be
able to destroy them, and only them. Again, it's very fun when you miss your targets. And, it's also fun if you try to speed-run the game, because you
will need to take more risks.

CobraTV: Are cities procedurally generated? And will cities in different parts of
the world look different?

Alfonso: Yes, both the cities and the terrain are generated procedurally. Different cities will have different recognizable monuments (and of course the
aliens are instructed to do nasty things to them).

CobraTV: Is there a day and night cycle?

Alfonso: Currently no, but in any moment you can fly out of the atmosphere, and in half a minute go from the day side of the Earth to the night side! Or to
the dawn zone. Or to the sunset zone, cloudy zones, sunny zones, the Everest, the North pole, etc. And the lighting changes accordingly. I think
that's more innovative.

CobraTV: Will the game have a physical release, or digital only?

Alfonso: Digital only, for the moment.

CobraTV: We know it's coming out for PC, PS4, and PSVR. Any word on Xbox One,
mobile, or MAC?

Alfonso: I can't confirm the release on those platforms now. I'd love to release on Xbox One. Mobile is less likely because of hardware requirements.

CobraTV:  Alfonso thank you so much, the gaming community, and I, thank you for your talent, and passion! We would also like to thank you for taking valuable time to answer some questions about this very anticipated game!

Alfonso: Thanks to you for your interest in my game! 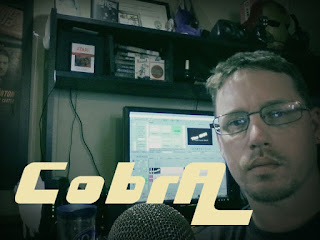 You can help CobraTV grow, by sharing this article or donating at the link below!
https://www.paypal.com/cgi-bin/webscr?cmd=_s-xclick&hosted_button_id=9V3J2CY4NK4XE
Labels: Game Design Games Indie games IndieTV