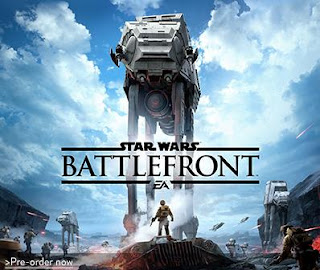 Star Wars Battlefront
It seems that Star Wars Battlefront will not be supporting quite a few things during it's launch in November, reports DICE. Even though that may be true during launch, does not mean that the game will not support some of these things later on down the road.  One of the few things that will not be supported is private matches. Good news though, DICE has not completely ruled it out. There is still a chance that us players will be able to make private matches in the future.

DICE previously confirmed that Star Wars Battlefront will not feature a dedicated chat system, or server browser on console. Fortunately, there is still a way to chat with your friends. On Xbox One, party chat was recently increased to hold up to 12 users at once. 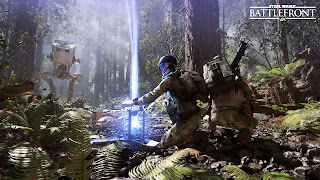 Star Wars Battlefront beta launched on October 13th; 9 million players from PS4, Xbox One, and PC played the game, making it the largest beta in EA's history. Good for them.
Other recent news, that may be a downer to some, EA has announced that Battlefront will have 4 expansion packs that you can buy through the game $50 DLC pass. Also, three new multiplayer modes were revealed. DICE has admitted that the 40-player Walker Assault was poorly balanced and will be changed.
Star Wars Battlefront will be released November 17th. A month before the new Star Wars- Episode VII: The Force Awakens hits theaters.
Labels: Games