No Man's Sky was featured on The Late Show with Stephen Colbert. While Sean Murray did not give players and new viewers a release date for the game, which will eventually release on ps4 and pc the first day of launch. It was more Sean just telling Colbert about the universe and such. However this is a huge amount of coverage on national television for a indie game like No Man's Sky. All eyes are now on Hello Games to push out something fresh and invigorating. With so many more eyes now having seen No Man's Sky this is one of the best opportunities the developer has for getting awareness about the IP. Now it's up to Hello games to give us a release date and let us play for ourselves. 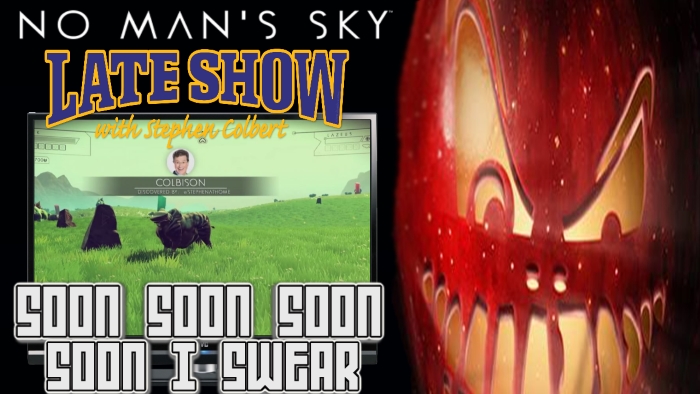