Konami has seen better days. First with Kojima leaving now with the odd and downright bad treatment of Konami employees have been leaked.

" it's claimed that the computers in many departments of the company (including the former Kojima Productions, now renamed Number 8 Production Department) are not connected to the internet, in order to focus employees attentions. Email addresses for many staff are formed of random strings of letters and numbers, which are regularly reshuffled and redistributed, allegedly so as to prevent headhunting by external agencies. Lunch breaks are monitored by clocking in and out, with anyone who transgresses strict time limits being named and shamed in internal communications to other staff. Security cameras monitor corridors and public spaces to keep track of staff movements, 'encouraging' efficiency rather than unnecessary socialization. "

On top of that they have what appears to be employee punishment duties. Well trained specialists are being taken from their position from which they are under performing according to Konami, and redeployed as workers in Konami's pachinko factories, as office security guards or as janitors on garbage duty at the firm's fitness clubs.

All in all this is disturbing information and a insight into what;'going on behind the scenes of the companies who make our games. 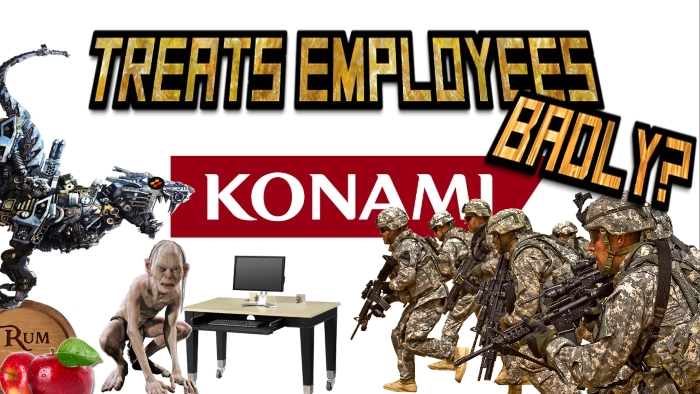