Talking all things gaming with the traditional flair of insanity.Every Monday Rumandapples dives into news analysis about the gaming industry including Microsoft's Xbox One, Xbox 360, Sony's PlayStation 4, PlayStation 3 Nintendo Wii U, PC, Independent games, entertainment, even MMA and pro wrestling.

John Doe a good friend and fellow co-host of Rumandapples at the GNN Podcast. It was only logical he would appear on The Rumandapples Show. John Doe and Rum discuss lots of things like, Godzilla, the first game you remember playing?, debating about Kickstarter and Crowdfunding, why do you still play video games?, WWE back in the day, discussing differences in gamer treatment involving gender,  Plus more! 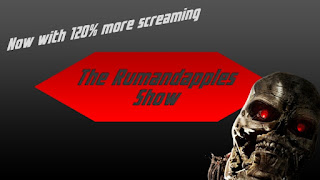