[Wait, what? This is a video game blog, what's with all the books?? Hello Games' Sean Murray has said that No Man's Sky was inspired by the great classic science fiction writers he grew up reading. Aside from assigned reading in high school though, many of us aren't all that familiar with these works. I decided to go looking, for myself, and found that so many of them are available in audio format, even if you don't like reading all that much, I think they are wonderful to listen to. A lot of us are very excited for this game, and what better way to pass the time and get in the mood than with some of the classic stories that inspired it?]

Welcome to the No Man's Sky Summer Reading Program

The No Man's Sky Summer Reading Program encourages gamers of all ages to read this coming summer vacation. In the interest of No Man's Sky preparedness, every gamer who will be entering No Man's Sky in the coming fall semester should read at least one classic scifi book over vacation. We've recommended a few titles below, written by "The Big Three" of science fiction authors. Enjoy your summer, and don't forget to wear sunscreen! 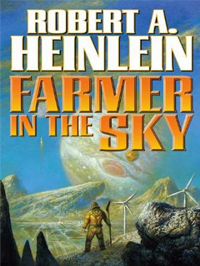 Farmer in the Sky
Kindle/Paperback/Audible/Audio CD


Bill Lermer travels with his father, stepmother and stepsister to colonize a Jovian moon in the process of being terraformed. Out here, self-reliance is the key to survival—and Bill finds that his Boy Scout motto isn't merely a pretty saying. It's a necessary rule for survival! 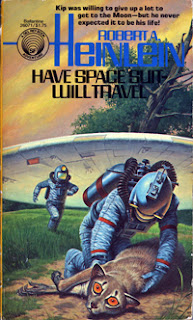 First prize in the Skyway Soap slogan contest was an all-expenses-paid trip to the moon. The consolation prize was an authentic space suit, and when scientifically-minded high school senior Kip Russell won, he knew for certain he would use it one day to make a sojourn of his own tothe stars.

But "one day" comes sooner than he thinks when he tries the suit on in his backyard - and finds himself worlds away, a prisoner aboard a space pirate's ship. The whole thing seems like a bad dream until he discovers he's not the only prisoner on board. Kip - along with the daughter of a world-renowned scientist and a beautiful creature from another planet - has been kidnapped by a monstrous extraterrestrial, and they are heading straight for what could be Kip's final destination. 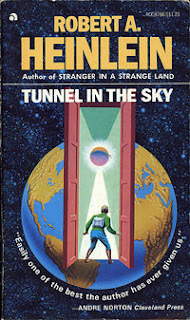 Tunnel in the Sky
Kindle/Paperback/MP3 CD

From the author of STARSHIP TROOPERS comes TUNNEL IN THE SKY, the story of a group of students who are dropped on a foreign planet in order to test their survival skills. When the rescue ship doesn't arrive, they must create a new society and learn to adapt to their new life in the wild… but are their greatest troubles from beasts... or fellow man? 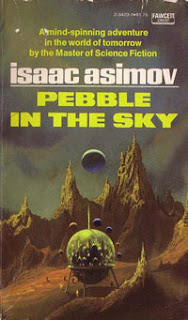 One moment Joseph Schwartz is a happily retired tailor in 1949 Chicago. The next he’s a helpless stranger on Earth during the heyday of the first Galactic Empire. Earth, he soon learns, is a backwater, just a pebble in the sky, despised by all the other 200 million planets of the Empire because its people dare to claim it’s the original home of man. And Earth is poor, with great areas of radioactivity ruining much of its soil—so poor that everyone is sentenced to death at the age of sixty. 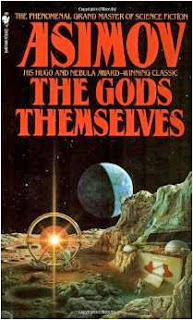 Only a few know the terrifying truth--an outcast Earth scientist, a rebellious alien inhabitant of a dying planet, a lunar-born human intuitionist who senses the imminent annihilation of the Sun.  They know the truth--but who will listen?  They have foreseen the cost of abundant energy--but who will believe?  These few beings, human and alien, hold the key to the Earth's survival.

[Almost done with the Audible version of this one, and it is excellent! You'd think it was written recently, given the theme of comfort over environmental stability. Highly recommend it.] 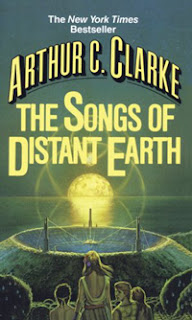 The Songs of Distant Earth (free via Kindle Unlimited)
Kindle/Paperback

Thalassa was a paradise above the earth. Its beauty and vast resources seduce its inhabitants into a feeling of perfection. But then the Magellan arrives, carrying with it one million refugees from the last mad days of earth. Paradise looks indeed lost....


This awesome article was sponsored by Magazine Outlet.
Please support Cobra TV and see if there is anything you
would like, or maybe even a gift for someone! https://bit.ly/1ANcS2q