My favorite NMS announcement of E3

Look, I'm obsessed with video games; I admit it. The hype train Cobra mentions in his videos? I like being on it. I LOVE being on it!

So, given I am all hopped up on No Man's Sky, I was all over E3 this year. I informed my husband that I'd be staying up late on Sunday night (for the Bethesda conference) and on Monday night, too, for the Sony conference.

Now, he's into games, too. He's in the other room playing through Dark Souls II again as I type this right now. But he's not as into the hype surrounding games as I am. I've been to E3 (many years ago) and he wasn't interested in going with me. He just wants to play the games, see, and there's nothing wrong with that, I guess. Me, I'll stay up all night watching the VGX awards. I'll take a day off for the release of a game I'm really jazzed about. Fortunately (for my career), it's only every few years where a game comes out that I'm excited enough about to want to take a day off. Not since 11-11-11, in fact. :)

No Man's Sky hasn't really been on his radar, though. He knows I'm stoked about it, but he hasn't really been paying attention, not with Bloodborne to occupy him. My kids are probably more stoked. THEY were excited to stay up late with me watching the E3 Sony conference. He, again, just wasn't interested. But he happened to wander in during the No Man's Sky part.

"It DOES look pretty good" he said passingly, and then wandered out again.

oooooo... that may not sound like a big deal or much in the way of excitement, but this is a guy who resisted even being excited about Skyrim when I was all ABOUT it. I've learned with him that the best way to have a shot at his getting interested in a game I'm into is to let him warm up to it on his own, in good time. That's my best advice for any of you trying to get your significant other to want to play this game (or any other). The best way to ensure resistance is to push it. And most of the time, we're just not into the same games. In my case, I honestly had assumed he would not be playing NMS.

The next day was when Sean Murray dropped the bomb about No Man's Sky releasing on PC and PS4 at the same time. I mentioned at dinner that it had been announced for PC and PS4 simultaneously. That's when he dropped a bomb of his own, that I certainly didn't see coming.

We have 2 PS4s and 2 computers, but the idea of 4 separate NMS accounts had never even entered my brain, you see. The kids immediately cautioned him, letting him know that we would be far, far away from each other, and might never find each other (SO PROUD!), but everyone was in.

Looks like we'll be getting 4 copies now. The family that plays together (in far corners of the galaxy where we never actually meet up) stays together, they say! Just the idea of sitting down at dinner together and sharing stories about the various things each of us has seen, and done, is so special. I can't wait!

So for me, despite not getting that release date we all wanted, this was a very exciting E3, with a surprise announcement I never expected. 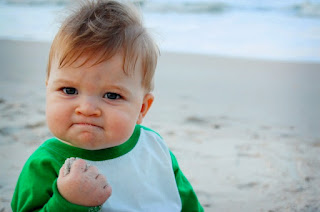