In a recent tweet from an awesome No Man's Sky FaceBook group member, Dalegribble got a response from Danny, and as you can see below his opinion wasn't based on some behind the scenes privileged info! But instead a HUGE speculation! The person sending the tweet however doesn't realize that Sean Murray has actually said, that 2015 would be the year of No Man's Sky! But as we all know that really could change! After all the gaming industry is full of delay! 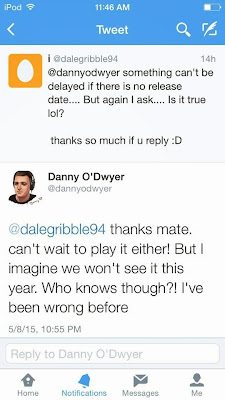 I'm in no way saying that this game is most certainly being released this year! But just like everyone else! It's just what I think!

It's also a good thing to point out that Hello Games has been a bit more active on twitter as of late, and I see that as a good sign. Could be an E3 sign. One thing they did bring up in the podcast, was that, If No Man's Sky would be at E3, it may not be on the main stage. So my question is....Could NMS have a small exhibit without Sean and the gang actually being there?

If thats the case and we do see it go down that way, then and only then would I start to consider the fact that it could get delayed!

Last thing we did hear was that they were working with the soundtrack 65DOS had just finished for the game! And that the next step would be to chop it up, and procedurally reassemble it into the infinite universe of No Man's Sky! This is what we need to look at! How long would something like that take, if it were the last step?  Only time will tell, And I will be glued to the internet, from now and thru E3! Right now as far as NMS is concerned we can hear a pin drop on any webpage all over the net! Stay tuned, I promise to report anything that comes up! I may not have the info first, but I will have a better, more caring, and respectful version of it! Here on CobraTV! Until next time! 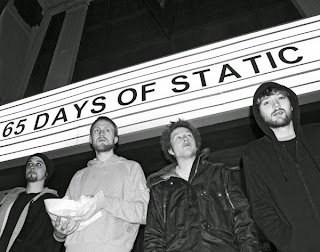