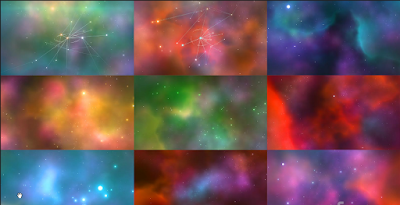 Thank you guys for coming back to Cobra tv!
For anyone just now tuning in to this amazing game, and climbing aboard the very fast hype train, I know there has to be a lot of questions.
I will however link a confirmed list below. although some of it may be outdated most of it is still a good source of info!
Confirmed info
So if you are new to this game, you probably know that there are more than 18 quintillion planets in no mans sky.
Its also a universe and not just one galaxy, yes that's right there's more than one galaxy in this game. 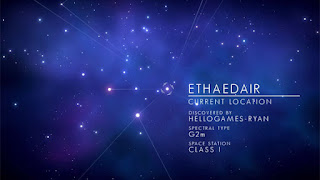 To traverse through this universe, we will have some pretty awesome ships that will have powerful hyper drives, or warp drives. but this isn't like some cheater way of getting around, and the devs didn't cheat by just changing the picture in front of you and saying you traveled that far or some sort of fast travel lieary.. no in fact, if you wanted to fly to other solar systems, to other galaxies, and fly through the rest of the universe without a hyper drive or warp, you can do that! Manually fly to a random dot with normal engines! As to how long that would take no one, not even the devs know!
There has been talk of space whales floating through the galaxy. That my friends would do it for me. Floating giant beast that some how found a way to live in the vacuum of space, like maybe they have their own atmosphere, and near the surface of their skin its as if they were a planet lol idk. The Whale examples  here are NOT confirmed whale samples, But are officially from Hello Games, and are of creatures that will be in the game! There still hasn't been a confirmation of space whales making it into the game, but the chance of that happening are very good! 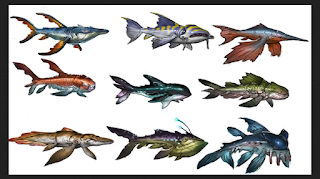 The map is a real time rendered 3d model of the actual the galaxy it along with being on a planet will have a mini map as well. But in this galactic map we will be able to travel through it, going anywhere we want, just not being able to land on the planets, but see them looming in space, with either info stating undiscovered and unknown, or discovered, and info about the planet, and space station if someone has been there, and has chosen to share that info.
Let me know what you guys think. I love you all! Please go on over and sign up for the ExploreNMS site
Where we can share everything from pics, vids, fan-fiction, short stories of your role-playing adventures. Lets all get ready to be the explorers we are, and map out the universe as much as we can over at ExploreNMS.Proboards.com! Until next time!